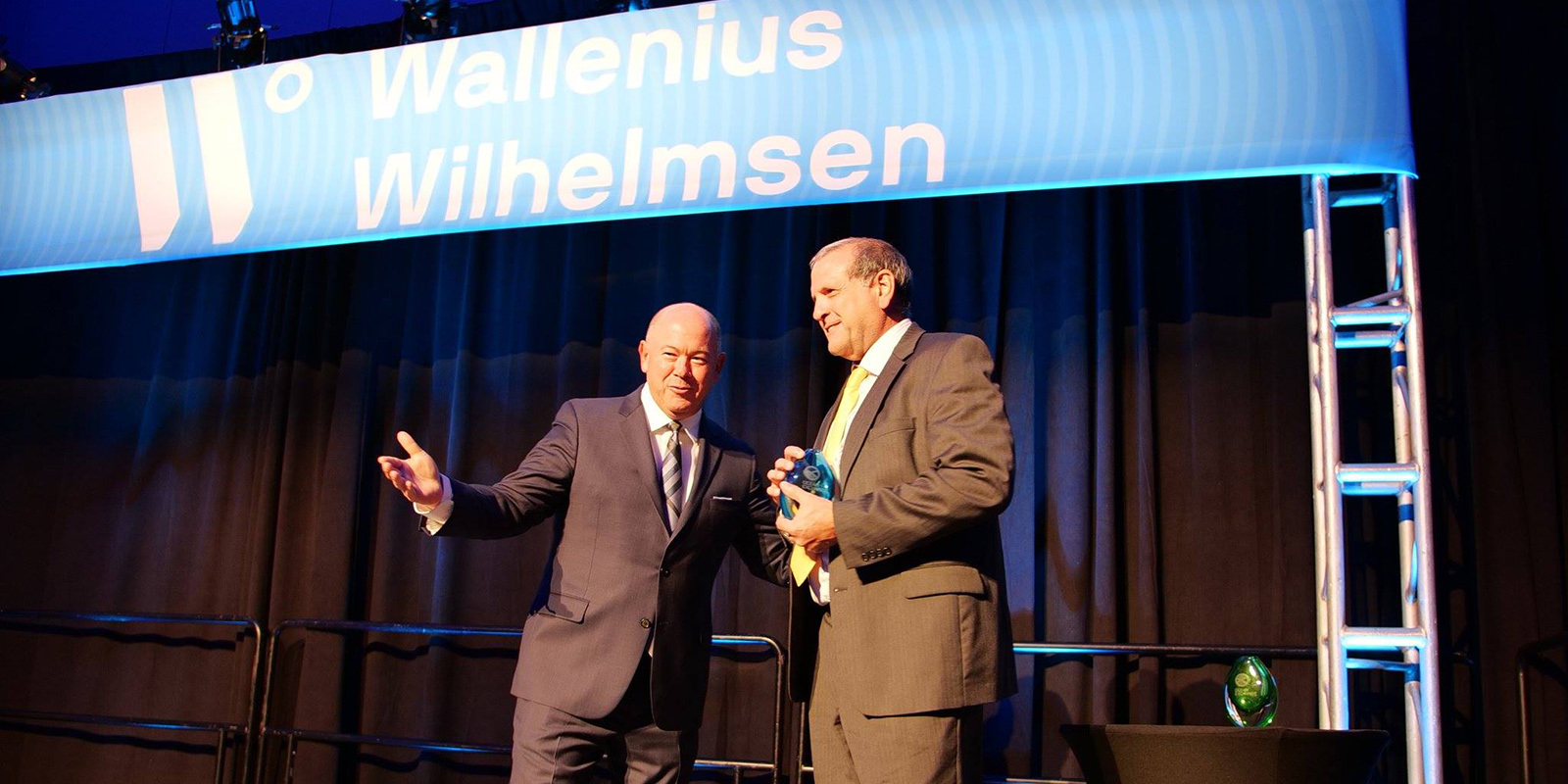 The eighth annual Ocean Exchange Oct. 8-9 featured 12 worldwide solutions with the ability to generate economic growth and increase productivity while reducing the use of nature’s resources and the production of waste.

The international competition, which took place in Savannah, Ga., had innovators present their solutions and compete for one of two $100,000 awards — the WWL Orcelle Award 2018 and the Neptune Award 2018.

Their solution? It’s all about batteries.

Learn more about Guarr’s research in this recent podcast.

“Everyone’s heard about lithium ion batteries that catch fire,” said Guarr. “We’ve developed an additive that helps to prevent that. While giving an added measure of safety, it also allows the battery manufacturer to cut costs. So, we think there’s good value.”

But Guarr and Johnson believe they can take it one step further.

“We realized we were halfway to an all-organic battery,” said Guarr. “And we could get rid of lithium and cobalt and manganese and everything that goes into a standard battery. The expensive stuff, the stuff that’s mined in less favorable conditions, we can get rid of all that and just use carbon, hydrogen, nitrogen, oxygen and develop a very good working battery.”

“We’re interested in grid storage because more and more renewable services are coming online,” said Guarr. “But the sun doesn’t always shine. The wind doesn’t always blow. You need a way to store that energy.”

Jolt will use the prize money to continue development of its all-organic battery.

“We have more chemical development that we need to do,” said Guarr. “We need to solve a couple more problems. Then, we have to scale that up and build a prototype system at a reasonable size.”